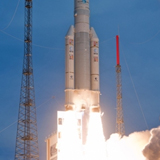 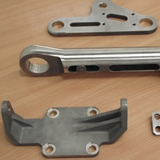 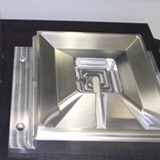 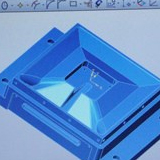 Just under 600 seconds are all it takes for special propulsive engines on board the renowned European space launcher Ariane, to do their job. And a number of components in those engines are manufactured through EDGECAM CNC programs.

EDGECAM’s customer which manufactures parts for the Vulcain-2 engine (pictured left) , forming the main cryogenic stage of the Ariane 5 launcher, is based in the Republic of Ireland and specialises in in-space propulsion. The Vulcain-2 has been the company’s “bread and butter” work for several years, having featured in 44 successful consecutive launches, each one requiring a new engine. One of the latest launches was August 2011, taking a pair of commercial relay satellites into orbit for direct television broadcasting.

As the central element of Ariane 5, the main cryogenic stage serves as one of the launcher’s key propulsion systems. The Vulcain burns for just under 600 seconds. After completing its propulsive mission, the empty stage re-enters the Earth’s atmosphere for an ocean splashdown.

Duncan Oliver (left) is the Production Manager and main EDGECAM programmer for the company manufacturing the engines. “It’s imperative that they’re produced to the required tolerances, because if something goes wrong with them during lift-off, they can’t be fixed. They have to be absolutely right first time, and with EDGECAM they are.” The tolerance is generally around 10 – 20 microns, with the occasional tolerance of + or – 5 microns called for.

His workshop contains 6 mills and 5 turning centres. Currently EDGECAM drives their Haas and Hitachi Seiki mills, but they are currently looking for EDGECAM to drive the lathes as well. “EDGECAM allows us to machine highly complex milled components; the programs are extremely accurate, and the software is so user friendly. We’re working closely with EDGECAM’s technical support team to create post processors so we can run our turning centres with the same confidence that we run the mills.”

He had never used EDGECAM before moving to the in-space propulsion specialist in 2009. “I’ve undergone basic and advanced training, and I now regard EDGECAM as being one of the best, if not the best system on the market. Once we start rolling it out across our turning centres, all my production staff will receive training on it so we can utilise our machines to their full capacity.”

With post processors playing such a vital role in linking the CNC code to the relevant machine, he says the code wizard forming part of the EDGECAM package is a particularly valuable feature. “It simplifies the process of building and modifying our own post processors, making it very user-friendly to undertake modifications, instead of having to delve into the depths of the code to build a machine-specific post processor that can generate the correct code for that machine.

“We get a generic post processor which is fairly close to what we’re after to drive the machine, but with conventional modification methods there’s a heavy risk of making mistakes and damaging the machine. EDGECAM’s code wizard makes the process much easier and much safer.”

While the company’s work generally launches space craft, a particularly important component that is currently in the development stage is staying firmly on the ground. In fact the aluminium filtration unit (pictured left) is not even leaving the company’s machining workshop, and Duncan Oliver says it highlights the tremendous power of EDGECAM as a software system. He is creating the unit as an essential part of their manufacturing process for a particular type of thruster which must withstand extremely high temperatures.

“The thrusters are made from a heat resistant alloy, which is very expensive. We need to recycle as much material as we can that comes off the components while we’re manufacturing them.”

The filtration unit will be installed on the machine, with the fixturing inside it. “We’ll filter all the coolant from the machine through the filtration unit’s 15 micron mesh filter and it will capture 99% of the swarf removed by the cutting tool during the manufacturing process. This will be returned to our material supplier for recycling.

“The fact that we’re able to design the filtration unit and the fixturing in EDGECAM Part Modeler (right) around the actual finished part model of the thruster component itself, made it much easier to visualise and to program everything in one go.” He says many of the other programming software packages he has used over the years before discovering EDGECAM, do not have the option of working so closely with the original modeling software.

“There are 3 or 4 different models in the program – the thruster components, the fixturing and the filtration unit components. If I need to make slight tweaks to the model design in Part Modeler I don’t need to generate a complete new EDGECAM program. And when I open EDGECAM it notifies me that there’ve been changes to the initial model, asking if I want to accept the changes. Then it automatically updates the toolpaths.”

There are new releases of EDGECAM software twice a year. To see the amount of work that has gone into developing each release, visit www.edgecam.com/releasehistory.